412(i) Plan – A defined-benefit pension plan designed for small business owners in the United States. This is a tax-qualified benefit plan, so any amount that the owner contributes to the plan becomes available immediately as a tax deduction to the company. The plan must be funded solely by guaranteed annuities, or a combination of annuities and life insurance. 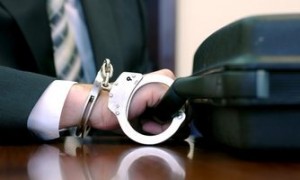 In February 2004, the Treasury Department and the IRS issued four items of guidance to shut down abuses involving the use of certain specially designed life insurance policies in retirement plans. Generally, these special policies are made available only to highly compensated employees.
The guidance items address situations where these special policies, often used in conjunction with Section 412(i) plans, are used to artificially increase the deductible contributions to retirement plans while greatly reducing the amount taxable when the policies are distributed to the plan participant.
One of the items of guidance is Revenue Ruling 2004-20 which restricts the improper use of section 412(i) plans and limits the deductibility of employer contributions used to acquire excess life insurance protection.

(1 of many letters we receive daily)

“I am a Third Party Administrator and am asking for your help. One of my clients with 4 employees who simply funded a retirement plan with $500,000 recently endured a 5.5 year IRS audit of his 412 (i) pension plan. Upon completion of the audit, the client owes $55,000 in income taxes for 2004-2006 and has refunds from 2007-2008 of $55,000 (timing difference only) He owes about $30,000 in blackmail money (He really should owe nothing!). The SBSE income tax agent has threatened to assess $800,000 in penalties under Code Section 6707a. The IRS is far exceeding their authority in assessing the 6707a penalty this is prosecutorial abuse. We must put a stop to this! My client cooperated and acted in good faith and did file the form 8886 (Maybe not 100% correctly but nonetheless, he did file the necessary forms)”

Excerpts have been taken from a book about: Bruce Hink, who has permitted me to utilize his name and circumstances, is a perfect example of what the IRS is doing to unsuspecting business owners. What follows is a story about Bruce Hink and how the IRS fined him $200,000 a year for being in what they called a “listed transaction”.

Also, I believe that the accountant who signed the tax return and the insurance agent who sold the retirement plan will each be fined $200,000 as material advisers. We have received a large number of calls for help from accountants, business owners, and insurance agents in similar situations. Don’t think this will happen to you. It is happening to a lot of accountants and business owners, because most of the so-called listed, abusive plans, or plans substantially similar to the so-called listed, are currently being sold by most insurance agents.

In 2002 an insurance agent representing a 100-year-old well-established insurance company suggested he start a pension plan. Bruce was given a portfolio of information from the insurance company, which was given to the company’s outside CPA to review and to offer an opinion. The CPA gave the plan the green light and the plan was started for the tax year 2002. Contributions were made in 2003. Then the administrator came out with amendments to the plan, based on new IRS guidelines, in October 2004.

I took six months of making calls to the insurance company to get a new insurance agent assigned. By then, the IRS had started an examination of the pension plan. Bruce asked for advice from the CPA and the local attorney (who had no previous experience in such cases), which made matters worse, with a “big name” law firm being recommended and more than $30,000 in additional legal fees being billed in three months.

To make a long story short, the audit stretched on for more than two years to examine a two-year-old pension with four participants and $178,000 in contributions.