​1. IRC 6707A provides a monetary penalty for the failure to include on any return or statement any information required to be disclosed under IRC 6011 with respect to a reportable transaction. This penalty was enacted October 22, 2004 under the American Jobs Creation Act (AJCA).
​
2. Under Treas. Reg. 1.6011-4, Requirement of Statement Disclosing Participation in Certain Transactions by Taxpayers, taxpayers are required to disclose their participation in several categories of reportable transactions.
​
​3. The IRC 6707A penalty is imposed in addition to any other penalty that may be imposed against a taxpayer. The penalty applies without regard to whether the underlying transaction is ultimately determined to result in an understatement of tax.
​
​4. Subject to the maximum and minimum limits, the amount of the penalty is “75 percent of the decrease in tax shown on the return” as a result of the reportable transaction (or which would have resulted from such transaction if such transaction were respected for federal tax purposes).

​ B. The minimum penalty for each reportable transaction (listed or non-listed) is $5,000 for a natural person and $10,000 for all other taxpayers.

6. ​There is no reasonable cause exception to the IRC 6707A penalty. The Commissioner of Internal Revenue (or the commissioner’s delegate), however, may rescind the penalty in whole or in part if doing so would promote compliance with the tax code and effective tax administration. This authority applies only to reportable transactions that are not listed transactions.

7. ​If a penalty is rescinded, the commissioner (or the commissioner’s delegate) must keep on file a record of the determination, including the facts and circumstances relating to the violation, the reasons for the decision to rescind the penalty, and the amount of the penalty rescinded. See IRM 1.15.8.1, Description and Authorities, for appropriate retention standards and authorities.

​8. While a taxpayer may challenge an examiner’s determination as to its participation in a reportable transaction or as to the adequacy or timeliness of its disclosure of any transaction in Appeals and in court, a taxpayer may not seek review (in Appeals or in court) of the commissioner’s denial of a request to rescind the penalty.

IRS Penalties for Listed Transactions under 6707A – by Lance Wallach

The IRS is taking a “formalistic approach” in interpreting its own Section 6011 regulations on disclosing reportable transactions, but not following its own rules on which tax years to assess the Section 6707A penalty.

The IRS is still assessing penalties under Section 6707A of the Tax Code, the penalty provision applicable to failure to disclose Congress-enacted reportable transactions taken since tax year 2004. Congress amended Section 6707A in 2010 to help alleviate its draconian consequences. The IRS was fining people $100,000 per year on the personal level, and then fining the same parties $200,000 per year on the corporate level.

I received phone calls from people who had put under $100,000 into 419, 412i or other plans. Some of them were being fined $600,000 or more under 6707A for failure to properly disclose using Form 8886. Under newly amended Section 6707A, applicable to all penalties assessed after Dec. 31, 2006, the penalty, subject to certain maximum and minimum amounts, is equal to 75 percent of the decrease in reported tax as a result of the reportable transaction. How the IRS is applying the Section 6707A penalty can be described as “troubling.” 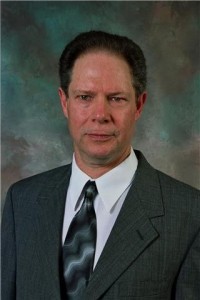 Accountants would call me when their clients got audited for being in a 419, 412i or other type of listed transaction. The client got audited and settled. The accountant thought they were finished with the IRS. When I told them that they were not, they did not believe me. I have received hundreds of these types of phone calls. When I would speak at national accounting conventions or legal conventions, the people did not believe me. When I would write articles for national accounting or other publications, people would call me and say it was not true. As an expert witness, my side has never lost a case. Enough of this and onto the story.

An IRS letter dated January 15, 2008 informed the taxpayer that it was under examination because of its participation in a widely marketed 419(e) plan. The taxpayer gave the IRS agent (the agent) all of the information requested by the agent.

On Feb. 22, 2012, the taxpayer received notification that the IRS was proposing to assess a Section 6707A penalty against the taxpayer for the year 2007 because of the taxpayer’s failure to include Form 8886 with its 2007 income tax return. The IRS had requested that the taxpayer extend the statute of limitations for the 2007 tax year until Dec. 31, 2013, which the taxpayer did.

The first question is whether the IRS has asserted the Section 6707A penalty for the correct taxable year. If a taxpayer fails to include the information required under Section 6011 for a listed transaction, Section 6501(c)(10), enacted in 2004 at the same time as Code Section 6707A, operates to extend the statute of limitations by one year after the earlier of (A) the date the Secretary is furnished the information, or (B) the date a material advisor meets a Section 6112(b) request.

Under a formalistic interpretation of the Section 6011 Treasury regulations, the IRS could assert that the taxpayer is subject to a Code Section 6707A penalty in 2004 and 2005 because the taxpayer has never filed Form 8886. Its argument would be that Section 6505(c)(10) operates to keep the statute open for those two years because those years were open when the 419(e) plan became a listed transaction on Oct. 17, 2007.

If the IRS were to assess the Section 6707A penalty in 2004 and 2005, its assessment in this situation would ignore the purpose of enacting Section 6707A in 2004. That legislative history clearly shows that Congress enacted the provision so that taxpayers would face a severe penalty if they did not give information to the IRS so the IRS could effectively combat tax shelters. The point of the penalty is to require taxpayers to divulge information. Through Treasury regulations issued under Code Section 6011, the IRS requires that the taxpayers divulge information regarding tax shelter investments by filing Form 8886. Because the IRS has information about the listed transaction from auditing the taxpayer, what does the IRS accomplish by penalizing the taxpayer for failing to file Form 8886?

The facts of this case are analogous to one issue considered by the United States District Court for the Eastern District of Texas in Bemont Investments, LLC v. United States, decided on Aug. 2, 2010, which is on appeal by the government to the Fifth Circuit. The Bemont case involved a Son of Boss tax shelter, a listed transaction. In one part of the case, the court had to decide whether the extended statute of limitations for listed transactions set forth in Code Section 6501(c)(10) had run. The question depended upon whether the IRS had been supplied the required information, which would cause the statute of limitations to commence running.

I continue to advise people in 419, 412i, captive insurance or Section 79 plans to file properly under IRS 6707A. Most still either do not file, or use someone without the proper experience to file. Many are fined for either not filing or for filing incorrectly. I know of two accountants who have been successful in filing properly after the fact. That is hard to do as the instructions for filing after the fact are very difficult to follow. I continue to receive calls from people who filed and still were fined. One 412i promoter helped approximately 200 clients file 8886 forms. I then learned that they all were fined for not filing.

When I spoke at a recent convention, lawyers who are CPAs at first did not respond to my speech, but within a few days, several called me to tell me about these 8886 problems. Many did not want to admit that they got their clients in trouble with the IRS. When that happens, the result is usually a lawsuit.

It is not hard to file under IRS 6707A, although most salespeople tell their clients that they don’t have to do it. Most of those salespeople later get sued by their clients. To file at a later date is very difficult. The two people who did this properly told me it sometimes takes over 20 hours to get the forms right. The accountants and lawyers without experience usually tell me it did not take them long to do the forms. That is too bad for their clients.

Accountants and salesmen also get fined under IRS 6707A. Their fine is a minimum of $100,000 for being what the IRS calls a “material advisor.” Their forms are easy to do and can be completed in about two hours.

The fine under 6707A is for every year the business owner is in the plan. Even if the person did not contribute in some years, they still are fined for those years. Even if the business owner got out of the plan, they still get fined. In addition, if they do not properly file under 6707A, there is no statute of limitations. I have received phone calls in 2013 from people who were fined under 6707A for plans dating back to 2006. Many of these people were already audited and fined for their contributions to the 419, 412i and other plans.

This is a bad situation that many accountants and tax lawyers are unaware of and do not believe the IRS could be doing this. Believe it. Worst of all, the IRS says the fine cannot be appealed.